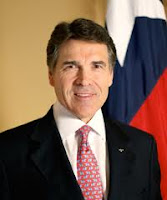 Warning: This is a longish piece with links to many important articles. I think it will be worth your while, but make sure you have a few minutes to digest it.

I have been dealing this week with a major frustration: Extremely poor reporting and commentary in major secular media on Governor Perry and Michelle Bachmann has led to a flurry of superficial rejoinders by Christian thinkers who I respect and whose opinions matter. Key examples of the former are Ryan Lizza’s lengthy piece in The New Yorker on Bachmann, Sarah Posner's post at Slate, and Bill Keller’s article in the New York Times Magazine; key examples of the latter are Lisa Miller and Michael Gerson in The Washington Post, Charlotte Allen in The Los Angeles Times and Douglas Groothius and Scot McKnight at Patheos. Even Ross Douthat, while going further in his acknowledgement of the seriousness of the questions, still misses the core issues.

"It is those dismissing the threat of Dominionism who threaten to paint all evangelicals with one brush. I agree that it is true that most evangelicals have no theocratic intentions, but as the New Apostolic Reformation's activism becomes more widely publicized (and it will), some Americans may assume that the apostles are representative of American evangelical belief.  Lisa Miller and the other naysayers are not helping to educate the public on the differences between the New Apostolic Reformation and the majority of conservative evangelicals and this is tragic, most of all for evangelicalism."
Posted by Greg Metzger at 10:23 PM